Merano, a beautiful city located along the valley of the River Passirio, after Bolzano is the second largest city of South Tyrol.

Founded in the Middle Ages as a fortified center, in the thirteenth century it became a city and became part of the County of Tyrol, of which Merano was officially the capital until 1848.

Merano is today a popular tourist destination thanks to its salubrious climate and its beautiful historic center. The Christmas Market which takes place in Merano during the weeks of Advent is one of the most important events that take place in the city.

Merano is located along the Passirio river, at the point where it flows into the River Adige. The town is of Roman origin and in the Middle Ages it became the capital of the possessions of the Counts of Tyrol, its old town of great beauty has interesting attractions, including the Gothic cathedral, the castle and the characteristic via dei Portici, flanked by arcades where are open many shops.

Dates of the Christmas Market:
Usually end of November – December

The Christmas Market of Merano (Meran Advent) is one of the most visited of all the Alto Adige, this amazing town of Val Passiria hosts a big Christmas market embellished with dozens of wooden houses of the craftsmen who are dedicated to their jobs, creating unique objects made of iron, glass, wood or wax.

The Christmas Market of Merano takes place along the banks of the River Passirio, in the two streets along the river between the bridge del Teatro and the bridge della Posta.

In addition to the market are to see the downtown shops with windows all decorated for Christmas and the lights that make the historic center of Merano a wonderful Christmas village.

Even the kids will have so much fun with Horse-drawn carriages, the train and the carousel, and of course Santa Claus will also be present.

The gastronomic part of the market is very rich in culinary products of the area. The South Tyrolean cuisine is very similar to the Austrian one, you can enjoy wonderful apple strudel, the famous krapfen (donuts), apple juice, the typical South Tyrolean speck, wine and South Tyrol grappa (brandy).

To reach Merano: Brenner motorway A 22: exit Bolzano Sud, from here you take the highway Merano-Bolzano. Exit at “Merano Maia Bassa” (the next exit after Merano Sud exit). 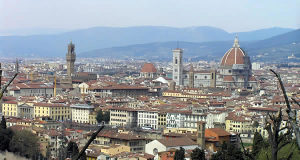 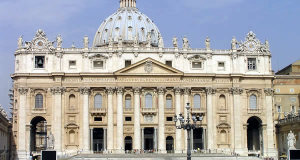